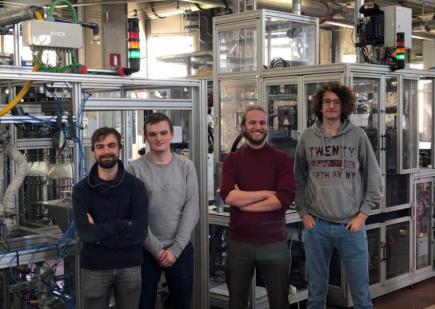 Congratulations to Gust Popelier, Lowie Tomme, Konstantijn Rommens, Victor Rosa and Michiel Van Cauwelaert (not on the picture) on obtaining an FWO fellowship for their PhD projects. Their research will bring the chemical industry a step closer to a sustainable and circular economy. We look forward to the results! 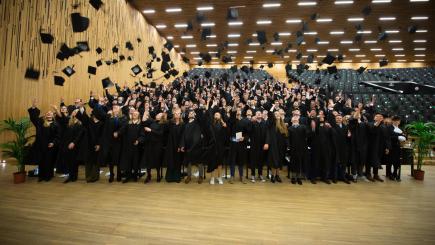 Congratulations to ir. Klaus Jacobs Cruz, ir. Paulien Malego, ing. Louis Van de Voorde, and ing. Servaas Lips for the award they received at the 2022 formal proclamation of the Faculty of Engineering and Architecture of UGent. 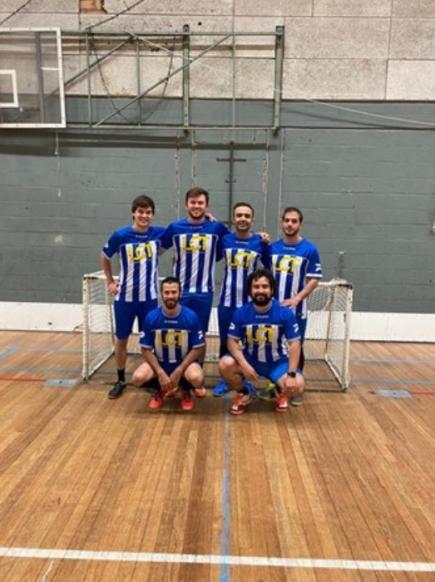 LCT has a minivoetbal team in the UGent competitions, league & cup. We played up to the cup-semifinal last year and were ranked second in the league.
Yes, we could not be closer to winning two cups than this, thanks to everyone who joined the LCT minivoetbal team:
Robin Anthon, Robin De Coen, Cesar Pernalete, Alejandro Romero Limones, Beruk Alemu, Carlos Alvarado Camacho, Evangelos Delikonstantis, Ruben Van de Vijver, Marvin Kusenberg, Parviz Yazdani, and Kevin Van Geem.

Would you like to join us? There is almost a game every two weeks.