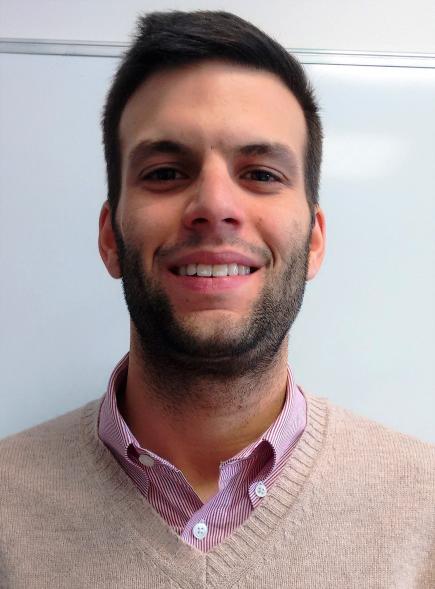 RESEARCH: The research focus is held at two different reactions: upgrading of renewable oils by hydrotreatment and upgrading of conventional oil fractions by hydroconversion. A common goal is however pursued: to potentiate the use of fundamental kinetic models in the context of industrial applications.

Pedro S. F. Mendes is a postdoctoral researcher in the Laboratory of Chemical Technology at Ghent University, since May 2017.

Pedro obtained his master degree in Chemical Engineering in 2012 at Lisbon University. From 2013 on, he was a PhD candidate at the same university, developing his research work in the CATHPRO group at Centro de Química Estrutural (Portugal) and at IFP Energies nouvelles (France). The PhD work was focused on hydroconversion catalysts based on zeolite mixtures, with a particular emphasis on the differences between ideal ("academic-like") and real ("industrial-like") reaction conditions and their impact on the catalyst behavior. He obtained his PhD degree in Chemical Engineering in March 2017.