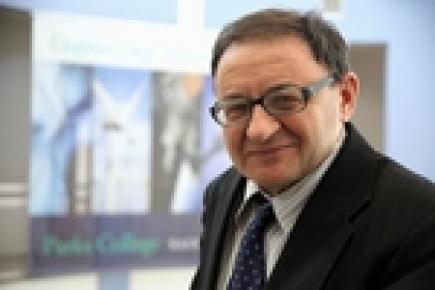 is a representative of the Soviet-Russian catalytic school obtaining his academic degrees from the Boreskov Institute of Catalysis (Novosibirsk, Russia) and working in this Institute more than two decades. From 1995 to 2007 he was affiliating with the Department of Energy, Environmental and Chemical Engineering at the Washington University in St. Louis, USA. Since 2007, he is working in the Parks College and Department of Chemistry at the Saint Louis University, USA. He is Dr. Honoris causa of Ghent University.

Yablonsky has been involved in theoretical kinetics and heterogeneous catalysis research for over 30 years, bridging chemical kinetics and mathematics. He is the author of seven books, most recently of "Kinetics of Chemical Reactions:Decoding Complexity" Wiley-VCH (2011) (together with Guy B. Marin), and more than 200 papers.

His areas of expertise include theory and practice of heterogeneous catalysis, kinetics of complex chemical reactions, mathematical modeling of catalytic processes and history and methodology of science.